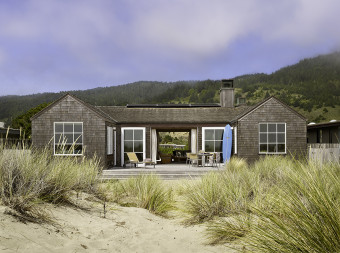 Finance Clauses, a way out or a way in to a legal minefield

Buyers of property often rely on Finance clauses to give them a way out of a contract to purchase a house they really can’t afford. But for the unwary they can be nothing more than a legal minefield entangling the parties in protracted litigation.

A recent decision in the District Court of Queensland considered, inter alia, whether a conveyancing contract for the purchase of residential property in Queensland was subject to finance, and whether the Buyer could rely on the finance condition to terminate the Contract.

Whilst the decision was inconclusive (as the matter is still ongoing), it serves as good reminder for purchasers of residential property to obtain independent legal advice prior to entering into a Contract for sale.

The Fourteenth Edition of the REIQ Contract for the sale of Houses and Residential Land contains a notation next to the finance condition in the reference schedule of the Contract as follows:- “Unless all of ‘finance amount’, ‘financier’ and ‘finance date’ are completed, this contract is not subject to finance and clause 3 does not apply.”

Clause 3.1 of the REIQ Contract provides:- “This contract is conditional upon the Buyer obtaining approval of a loan for the finance amount from the financier by the finance date on terms satisfactory to the Buyer. The Buyer must take all reasonable steps to obtain approval.”

Accordingly, as all three sections in the finance section of the reference schedule of the Contract had not been completed, prima facie, the Contract did not appear to be subject to the finance condition.

Despite the deficiencies in the Contract, did the Court decide that the Contract was subject to finance?

The Court further remarked that “it is at least arguable that the agent was the agent of the applicants for the purposes of making representations as to the effect of the way in which they had completed the contract form, and if such a representation were made and were relied on by the respondent, it would be binding on the applicant.”

We are advised that the dispute between the Buyer and Seller remains unresolved. No doubt there is a contest regarding what representations the agent is alleged to have made on behalf of the seller.

Had the purchaser in the above mentioned case engaged a solicitor to review the Contract prior to signing same, the deficiency in the contract with respect to the finance particulars could have rectified, and accordingly, the parties could have avoided the dispute as to whether the Contract was or was not subject to finance.

Separate to obtaining pre-contract advice or legal assistance throughout a conveyancing transaction, it is apparent from the facts of this case, that when parties become embroiled in litigation, they will certainly benefit from engaging the services of a solicitor to assist them with preparing evidence sufficient to establish and support their case.

If you would like to read the court’s judgement in detail – you can access the case via:-  https://www.sclqld.org.au/caselaw/QDC/2018/052

What can we do to help?

If you are considering purchasing or selling a property in Queensland, in addition to acting in the conveyance, Just Us Lawyers can provide you with pre-contract advice, review a Contract that has been prepared by a third party to ensure its accuracy, and formalise representations made by a Seller or agent into special conditions or warranties that will form part of the Contract. 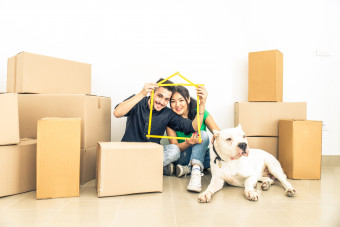 How important are SPECIAL CONDITIONS?

Whether you’re purchasing your first family home or increasing your property portfolio, purchasing property is an important financial decision that is not to be taken lightly. It is crucial that you sign a contract in accordance with your current circumstances and needs. Typically this is achieved through Pre-Contract Advice and/or Contractual Negotiation.

WHAT ARE SPECIAL CONDITIONS

Listed below are some common special conditions that can be inserted for the benefit of the Purchaser:-

When a Special Condition is inserted into any Contract it must be clear and concise, warranting avoidance of potential future dispute, as a condition could be void if it is deemed vague or confusing.

Once you have entered into a property transaction by way of a fully executed Contract of Sale, it is legally binding, therefore we recommend engaging Pre-Contract advice in which we can draft appropriate conditions, negotiate and provide advice with respect to terms you would be bound by.

For further information on special conditions and how we can assist in pre-contract advice please contact our Conveyancing Team based at our Wilston office.