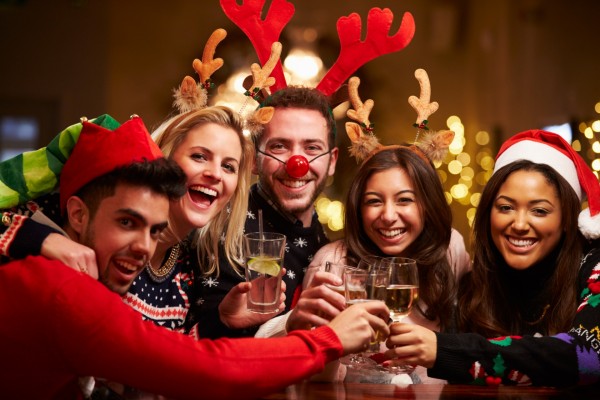 For many, the office Christmas party is the social highlight of the work calendar.

For others, it can be hard work, which makes sense because, in some ways, it is work – an official work function which employees are generally expected to attend, aimed at improving employee-employer, and inter-employee relations.

Their unique feature means that, even if they are not held during usual working hours, employees who have let their hair a little too far down often find themselves in the manager’s office on Monday morning.

So – can you really get fired because of your behaviour at the Christmas party? The answer is yes!*

You see, while some cases are fairly clear cut (for example, Mr McDaid who threw one colleague into a pool and then initiated a fist fight with his General Manager) there can be a grey area where the official function ends and employees decide to party on.

In 2010, Mr Lawrance almost lost his job for showing off his “party trick” – opening drinks with his genital piercing.

In Mr Brown’s case, the official function had ended, however he remained in the function room for a little while before walking to the nearby balcony and urinating over it onto the unsuspecting diners at the restaurant below.  Mr Brown’s application that his dismissal was harsh, unjust or unreasonable was dismissed. The incident was near enough in time and location to the work function to be considered “connected with” his employment.

Mr Keenan’s case was another boozey office party (I’m sensing a theme). On the Monday following the event Mr Keenan’s managers were investigating 8 incidents of inappropriate behaviour, ranging from swearing at (and about) the company Directors to non-consensual surprise kisses to co-workers. Mr Keenan’s termination was found to be harsh and unjust on the following bases:

However, It is unclear whether Mr Keenan was reinstated to his former position as a further hearing was ordered but not held.

Yet another case involving serious accusations of sexual harassment lit up the media headlines between 2007 and 2008. Ms Streeter was dismissed after having sex with a male colleague while 3 other employees slept in the room, and later sat in a bath with 2 male colleagues while a female colleague used the toilet. Her dismissal was initially overturned but then on appeal her termination was confirmed. This was not on the basis of the harassment itself but on the basis that when questioned by management about the events, which took place hours after the Christmas party in a private hotel room, she lied.

For similar reasons, employers’ have been held liable for employees’ injuries that occurred at the Christmas party. For example, Ms Wolmar successfully claimed compensation for injuries sustained when she fell off the portable dance floor, with the judge stating that attendance at Christmas parties is now widely considered as being “part of the job” – putting them squarely within the purview of employer’s obligations.

Liability may extend to employees’ travelling to and from the event.

However an employer’s  liability may not extend to accidents or injuries which occur because of an employee’s “frolic”, or a solo adventure which takes them outside the activities that may be expected to occur at a work event. An injury which is not reasonably foreseeable to the employer is also unlikely to be bring liability upon the employer, such as the assault of an employee by a non-employee who was attending the same venue as the work function.

To ensure no unnecessary headaches are felt following the office party, employers should set and follow some rules, which are communicated to all employees prior to the event, including:

« PreviousSecond Marriages and Pre-Nups: A Cautionary Tale
Next »What will happen to my pet after I die