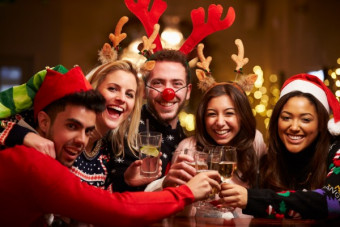 For many, the office Christmas party is the social highlight of the work calendar.

For others, it can be hard work, which makes sense because, in some ways, it is work – an official work function which employees are generally expected to attend, aimed at improving employee-employer, and inter-employee relations.

Their unique feature means that, even if they are not held during usual working hours, employees who have let their hair a little too far down often find themselves in the manager’s office on Monday morning.

So – can you really get fired because of your behaviour at the Christmas party? The answer is yes!*

You see, while some cases are fairly clear cut (for example, Mr McDaid who threw one colleague into a pool and then initiated a fist fight with his General Manager) there can be a grey area where the official function ends and employees decide to party on.

In 2010, Mr Lawrance almost lost his job for showing off his “party trick” – opening drinks with his genital piercing.

In Mr Brown’s case, the official function had ended, however he remained in the function room for a little while before walking to the nearby balcony and urinating over it onto the unsuspecting diners at the restaurant below.  Mr Brown’s application that his dismissal was harsh, unjust or unreasonable was dismissed. The incident was near enough in time and location to the work function to be considered “connected with” his employment.

Mr Keenan’s case was another boozey office party (I’m sensing a theme). On the Monday following the event Mr Keenan’s managers were investigating 8 incidents of inappropriate behaviour, ranging from swearing at (and about) the company Directors to non-consensual surprise kisses to co-workers. Mr Keenan’s termination was found to be harsh and unjust on the following bases:

However, It is unclear whether Mr Keenan was reinstated to his former position as a further hearing was ordered but not held.

Yet another case involving serious accusations of sexual harassment lit up the media headlines between 2007 and 2008. Ms Streeter was dismissed after having sex with a male colleague while 3 other employees slept in the room, and later sat in a bath with 2 male colleagues while a female colleague used the toilet. Her dismissal was initially overturned but then on appeal her termination was confirmed. This was not on the basis of the harassment itself but on the basis that when questioned by management about the events, which took place hours after the Christmas party in a private hotel room, she lied.

For similar reasons, employers’ have been held liable for employees’ injuries that occurred at the Christmas party. For example, Ms Wolmar successfully claimed compensation for injuries sustained when she fell off the portable dance floor, with the judge stating that attendance at Christmas parties is now widely considered as being “part of the job” – putting them squarely within the purview of employer’s obligations.

Liability may extend to employees’ travelling to and from the event.

However an employer’s  liability may not extend to accidents or injuries which occur because of an employee’s “frolic”, or a solo adventure which takes them outside the activities that may be expected to occur at a work event. An injury which is not reasonably foreseeable to the employer is also unlikely to be bring liability upon the employer, such as the assault of an employee by a non-employee who was attending the same venue as the work function.

To ensure no unnecessary headaches are felt following the office party, employers should set and follow some rules, which are communicated to all employees prior to the event, including:

Some people think that they can have their wedding cake and eat it too.

The most common way of protecting assets for people entering new relationships after the break down of a previous one, particularly where there are children from a former relationship,  is to enter a “Pre- Nup” or Binding Financial Agreements (“BFAs”) as they are more correctly known.

On 8 November 2017 the High Court of Australia handed down its decision in the case of Thorne v Kennedy. The decision has been hailed by some commentators as a landmark case, which spells the “death knell” for BFA’s.

However, in our view this is an overstatement.  Binding Financial Agreements will continue to be an important means of protecting family assets for the children of previous relationships. However, the decision provides a salutary warning for those intent upon imposing one sided agreements on their prospective partner with little consideration of their future needs and the capacity to properly provide for them in the event that the relationship breakdown.

The case revolves around the couple of “Ms Thorne” and “Mr Kennedy”. This is not their real names.

The couple met online. Ms Thorne was 36 years old at the time, lived in the Middle East, and had no substantial assets. About seven months into the relationship she moved to Australia to be with Mr Kennedy, a 67 year old property developer whose approximate wealth was between 18 and 24 million dollars.

Under the Family Law Act a BFA is only binding if each party receives independent advice. Nine months after moving to Australia and ten days before the wedding Mr Kennedy took Ms Thorne to see a solicitor regarding the pre-nup. Mr Kennedy waited in the car outside. This was the first time Ms Thorne was made aware of the contents of the agreement she was expected to sign. The solicitor provided written advice to Ms Thorne regarding the agreement. Her advice was that it was “the worst agreement that she had ever seen”, that it was “entirely inappropriate” and that “Ms Thorne should not sign it.”

Despite this, four days before the wedding Ms Thorne signed the agreement.

A second agreement was signed approximately four weeks after the wedding, which was in substantially the same terms and to which Ms Thorne’s solicitor gave the same advice, urging her not to sign it.

Just under four years after the wedding, Mr Kennedy separated from Ms Thorne.

Under the agreement, as they had separated after three years without children, Ms Thorne was entitled only to a lump sum of $50,000. After receiving advice by chance from someone at a hairdressers, Ms Thorne commenced proceedings. Mr Kennedy died during the trial and the trustees of his estate, his two children, were substituted as parties.

Ms Thorne was successful at trial, lost the Full Court appeal, and has now had her appeal upheld and the original decision reinstated.

The High Court held that the agreements were void because they were signed under circumstances of undue influence and unconscionable conduct. Both concepts are wide, and difficult to define, particularly as they overlap quite substantially. In general however, undue influence looks at the quality of the weaker person’s consent, while unconscionable conduct looks at the behaviour of the stronger party.

The majority found that terms which are “grossly unreasonable, even for agreements of this nature” which usually contain some imbalance, are an indicator of the presence of undue influence. However, this may not mean the death of all BFAs as some commentators have claimed.

The majority noted that the primary judge found, in this case, that the inequality of bargaining power went beyond merely a difference in financial circumstances, and included:

They held that undue influence involves pressure which deprives a person of their free choice, and that here Ms Thorne, for the above reasons, felt “powerless” and that she had “no choice” but to sign, and the agreements should therefore be set aside.

The news stories shouting that this decision signals the “death knell” for BFAs are in our view both over-stating and over-simplifying the decision. The High Court expressly stated that fiancé-fiancée relationships do not give rise to a presumption of undue influence. In cases with less extreme circumstances, for instance, if Ms Thorne was aware of the contents of the pre-nup before moving to Australia and the agreement to distribute the property of the marriage was more even handed, a BFA or pre-nup may be upheld by a Court if challenged.

This article is not designed to act as or replace the provision of legal advice. To review the terms of your pre-nup or for specialist advice regarding the validity of your BFA contact Just Us Lawyers  for a quote today. 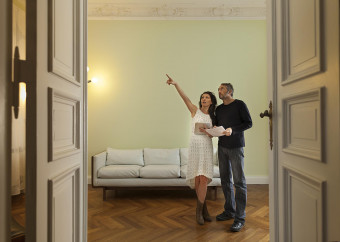 Buying: The Final Inspection…why is it important?

What to look out for….

The purpose of the inspection is to ensure that the property you are purchasing has been left in the same state it was in when you signed the Contract of Sale. Some of the things to keep an eye out for are:

Keep in mind that for very minor things it is not advisable to try and delay settlement. However, if the damage/rubbish is significant and will potentially cost you money to rectify then let your Conveyancer know as soon as possible to discuss what your options are.

What are your options??

If you find an issue that is unacceptable to you during your final inspection the first thing to do is to speak with your Conveyancer as you may have a couple of options:

Thinking of buying and/or selling property –  we understand that it can be a complicated and confusing process for buyers and sellers alike. Our experienced Conveyancers will make the process efficient and less stressful for all parties involved – for the best Conveyancing lawyers in Brisbane call/email Just Us Lawyers or complete our enquiry form for a quote today