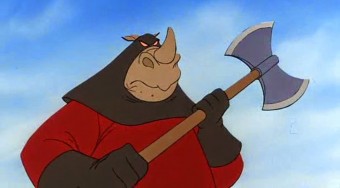 ‘Executor’ not Executioner: What to do if you are appointed as an Executor under a Will

Finding out that you have been appointed as an executor pursuant to a loved one’s or friend’s Will can be a daunting experience. Immediately, your mind may turn to the following questions:

These are just a sample of the various questions that an executor may ask themselves. However, being appointed as an executor need not necessarily be such a daunting responsibility. Whilst striving to give guidance to executors on estate administration and practical tips, this blog provides basic information only and independent legal advice should be sought from a qualified solicitor as to specific circumstances.

Broadly speaking, an ‘executor’ is a person or a corporation appointed under a Will to administer the estate of a ‘testator’ or the deceased person. The ‘testator’ is the person who the Will is drafted for i.e. the Will is written in their name and they sign ‘off’ on the document.

Practical Tips and Common Roles and Responsibilities of the Executor

Whilst not exhaustive, the following is a basic ‘checklist’ an executor can utilise to ‘start the ball rolling’ in administering a testator’s estate:

An executor should always be mindful of the possibility of a family provision application or Testator Family Maintenance (‘TFM’) claim. A family provision application can be brought by a person who believes that adequate provision has not been provided to them for their proper maintenance and support under the testator’s Will or through an intestate estate (i.e. an estate in which the testator has not executed a valid Will) and they were dependant on that testator throughout their lifespan as a spouse, child or dependant. For what constitutes a ‘child’ or a ‘dependant’, see Section 41(1) of the Succession Act 1981 (Qld) (‘the Succession Act’).

Importantly, Section 44 of the Succession Act provides protection to executors from family provision applicants in distributing a testator’s estate. Most notably, Section 44(3)(a) of the Succession Act provides that no action can lie against an executor in distributing the testator’s estate if that distribution has been made properly and occurred not earlier than six (6) months after the date of the testator’s death if no notice has been given as to a family provision application.

Just Us Lawyers routinely attends to executors and assisting them with their roles and responsibilities in distributing the estate of a testator. If you have been appointed as an executor under a testator’s Will and need guidance, please do not hesitate to call or email Just Us Lawyers today –  Sam Ryall and our team of solicitors will be more than happy to assist. 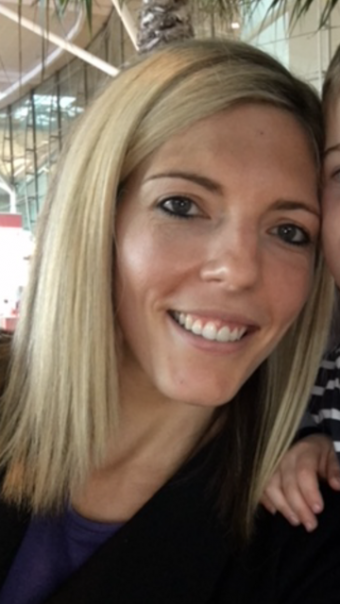 Get to know just us….Lara Wallrock

What was your first job, and what did you like most about it?

Bakers delight, when I was first legally allowed to work. I loved the bin bags full of bread and sweet treats we got to take home at the end of the day!

Who is the person you have learnt the most from?

My son (Toby). He has unwittingly taught me how to live in the moment and what really matters in this life.

What advice would you give to a 13 year old you?

15 years from now this won’t matter….relax….don’t sweat the small stuff.

Best vacation you’ve been to?

Nepal! In 2009 I trekked to Everest Base Camp. Life changing trip.

If you had to eat one meal, every day for the rest of your life, what would it be?

What books are at your bedside?

What one food do you wish had zero calories?

Everything will be ok in the end…. so if it’s not ok…..then it’s not the end. 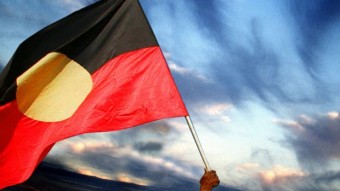 The Federal Court has found a $1.3b native title deal with the Noongar people cannot be registered. With four of the represented claimants refusing to put their names to five of the agreements, the court held that all named applicants are required to execute the agreement, even where members of the applicant group have died or lost mental capacity.

What did the Court do?

The Full Court’s decision in McGlade v Registrar National Native Title Tribunal [2017] FCAFC 10 has overturned practices regarding the execution of Indigenous Land Use Agreements (“ILUAs”) that have developed since 2010 in reliance upon the judgments of Justice Reeves in the Bygrave decisions.

In effect, the Court in McGlade found that agreements negotiated as part of a broad settlement of native title in the S/W corner of Western Australia were actually not ILUAs as defined in the Native Title Act (NTA) because they were not signed by all of the named applicants.

The Court held that resolutions passed at the relevant authorisation meetings were not competent to deal with the issue of deceased, incapacitated and “recalcitrant” applicants. It was found that the proper course for dealing with these issues is to replace applicants under section 66B of the NTA.

The decision clearly has direct consequences for the S/W settlement deal. Predictably, Premier Barnett has since made comments to the media expressing his government’s frustration with the delays McGlade will cause to the finalisation of what has been a long negotiation.

Many commentators believe that the decision puts in jeopardy ILUAs that were not signed by all applicants but have already been registered (in reliance upon Bygrave). This concerns proponents because such ILUAs often contained consents to the grant of mining tenements for their projects. If the relevant agreement is not an ILUA, the tenements may not have been validly granted. The Federal Attorney General has acted quickly to introduce a bill to parliament aimed at addressing perceived issues caused by the decision. This is somewhat surprising as there has been no detailed analysis by the government of the impacts of the McGlade decision on existing ILUAs.

Other ILUAs to which state governments must be a party often contain consents to the surrender or extinguishment of native title. Such agreements generally contain provisions dealing with compensation for extinguishment/surrender of native title. Liability for compensation under the NTA is generally borne by government. Consequently, governments are concerned that the decision calls into question the reliability of commitments made in respect of compensation for agreed acts underpinning many major resource projects and land dealings.

Lastly, the decision highlights the critical role that applicants play in key areas of the native title system – in agreement making but also in progressing underlying native title claims. It is a reminder to all claim groups to carefully consider who they choose to represent them and to craft resolutions at meetings which deal with the myriad of outcomes that might follow.

Agreement making in the future

Given the track record of governments legislating changes to the NTA that address the concerns of sectoral interests, it is unlikely that the implications of McGlade will be as far reaching as many commentators have predicted.

For now, parties to agreements over areas that have not been determined will have to obtain the signatures of all applicants. Those that have passed away or refuse to sign will need to be replaced. Dealing with these issues in a cost effective and timely way poses challenges to both proponents and native title groups alike.

Proponents will inevitably turn their minds to whether applications are required to replace applicants who are not executing agreements. This is properly a decision for the claim group. Obvious conflicts arise when proponents become involved in such considerations. No doubt more time and resources will be brought to getting “recalcitrant” applicants to “sign the dotted line”.

Is it the system or is it Just Us?

Just Us Lawyers act for many native title groups and proponents directly affected by McGlade. Being at the forefront of Native Title, our team of recognised experts will get you through the native title system, whatever side you are on.

Watch this space! Look out for more blogs in the future about the passage of the bill currently before the parliament. 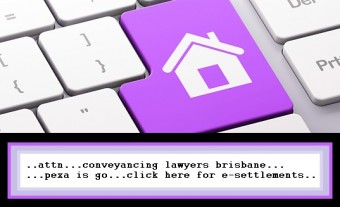 At present, PEXA is deliberately set up so that an electronic settlement cannot occur until the solicitors acting for the Buyer have set up details with the Office of State Revenue’s (OSR) online system regarding transfer duty for that specific transaction. This is not a bad idea in itself, as under a paper conveyance, the Buyers’ solicitors would set up the transfer duty details with the OSR prior to settlement in any case. However, in the case of our first electronic settlement there was a glitch in how the PEXA system communicated with the electronic system used by the OSR. For this particular glitch, PEXA, the Buyers’ solicitors and the OSR were able to work together to have the issue resolved prior to settlement; but for a considerable amount of time, it looked like the glitch would not be able to be fixed and the settlement would not be able to proceed electronically.

This issue arising has revealed the current two biggest problems with agreeing to settle a conveyancing matter electronically. The first is that the PEXA system relies on other electronic systems, such as those used by the OSR and the Department of Natural Resources and Mines (DNRM), to work seamlessly with the PEXA system. An arrangement like this is very achievable and other states in Australia already have these systems in place. However, for Conveyancing Lawyers in Brisbane, until either a considerable amount of time passes or the amount of electronic settlements drastically increases, it may take a while for any glitches in the systems to be worked out.

Despite the above, all other aspects of the electronic conveyancing proceeded without error and the benefits of electronic conveyancing were made very clear. As the Sellers’ solicitors, we received notifications from the PEXA system whenever items were required to be completed, communication in the online PEXA message system was seamless and our clients received the proceeds of their sale as cleared funds in their bank account within hours of the settlement occurring. It was also with pleasure that we watched the PEXA system notify us only two days after settlement that the property was already in the name of the new owners, as opposed to the two or three months that this can take to occur for a paper settlement.

Overall it is definitely still worth arranging conveyancing matters to settle electronically, both to allow practitioners and clients to become used to how electronic settlements proceed and to test the usage of the PEXA system. The above being the only main issues which arose in our first electronic conveyance shows how strong the PEXA system is already, and we have high hopes that with more usage in the conveyancing sector that it will only be a matter of time before glitches in PEXA electronic conveyances are a matter of the past.